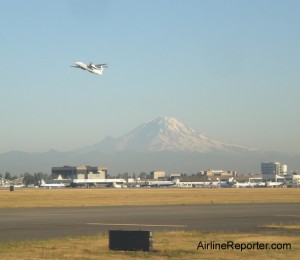 The Department ofÂ Transportation (DOT) is working with some funny math and concluding that the tarmac delay rule is working. Both Aubrey Cohen with the Seattle PI and Brett Snyder with CrankyFlier.com take a closer look at their math and don’t come to the same conclusions.

Instead of re-inventing the wheel, please Â read:
* DOT’s report, â€œLong Tarmac Delays in July Down Dramatically from Last Yearâ€ that claims delays are down and cancellations have just a, “slight increase.”