Commenting on the successful flight Scaled Composites pilot, Pete Siebold, said ’œThe VSS Enterprise was a real joy to fly, especially when one considers the fact that the vehicle has been designed not only to be a Mach 3.5 spaceship capable of going into space but also one of the worlds highest altitude gliders.’ 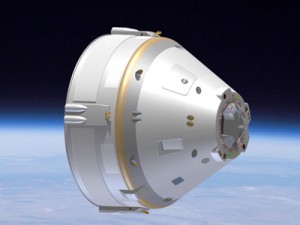 Boeing and Space Adventures have not yet set a price per seat for spaceflight participants, but will do so when full-scale development is under way. Boeing continues to advance its design for the CST-100 spacecraft under NASA’s Commercial Crew Development Space Act Agreement. The spacecraft, which can carry seven people, will be able to fly on multiple launch vehicles and is expected to be operational by 2015.

“We are excited about the potential to offer flights on Boeing’s spacecraft,” said Eric Anderson, co-founder and chairman of Space Adventures. “With our customer experience and Boeing’s heritage in human spaceflight, our goal is not only to benefit the individuals who fly to space, but also to help make the resources of space available to the commercial sector by bringing the value from space back to Earth.”