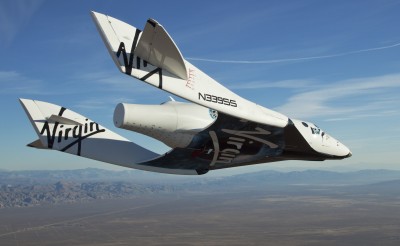 Commenting on the successful flight Scaled Composites pilot, Pete Siebold, said â€œThe VSS Enterprise was a real joy to fly, especially when one considers the fact that the vehicle has been designed not only to be a Mach 3.5 spaceship capable of going into space but also one of the worlds highest altitude gliders.â€