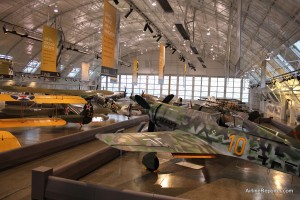 Of course the smell is not the only special part of the facility, you have got to love those planes. At first site, it might seem the Flying Heritage Collection is about showing off a very slick collection of aircraft, but it is not only about the story of the planes, but also the story of technology. Finding any of these aircraft is a hard thing to do, but to find them in flying form is extremely rare. The FHC works hard to refurbish the aircraft with as many original parts as possible. Somethings like wiring needs to be updated according the FAA, but they will re-wire the plane and wrap them all in the original fabric to keep to as close to rolling out of the factory as possible.

There are two aircraft in the collection that are flyable, but are not flown. The Focke Wulf D-13 Dora and the Nakajima Ki-43-1B Hayabusa Oscar are the only examples of their kind left. The FHC doesn’t want to fly them for fear that they might be damaged or even worse crash and then there would be none left for the world to enjoy.

It is a bit surprising, when first walking into the hangar, you do not see planes, but tanks. These are a new additions to the collection and just like the airplanes, they both work. These are a new addition to the facility and were added last Memorial Day. The Soviet T-34 and a German Jagdpanzer 38(t)  obviously aren’t planes, but they help to tell the story of updates in technology produced through war. Just like the airplanes, these tanks are fully functional and are able of shooting. 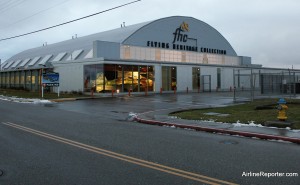 When I asked about how much each aircraft cost, I was told “a lot.” I would imagine that “a lot,” might be an understatement, it can’t be cheap to keep the planes in the condition that they are. Cost of the aircraft really isn’t a huge issue, since the facility is owned by Paul Allen, co-founder of Microsoft and chairman of Vulcan. On top of giving a lot of his money away for good causes, he also has a lot of fun toys. Luckily for us, he has decided to share his collection of warbirds with the public through his non-profit organization, Friends of Flying Heritage that supports the collection. 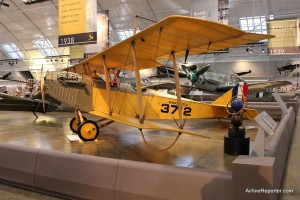 MORE FUN STUFF:
* 29 Photos of my visit to the collection
* See photos of the planes flying from Liz Matzelle (be sure to catch the one with 787 ZA005 and the spitfire)
* Flying Heritage Collection Facebook page
* Build your own warbird on their website
* Photos of the tanks firing at Paine Field last year from the SEattle PI