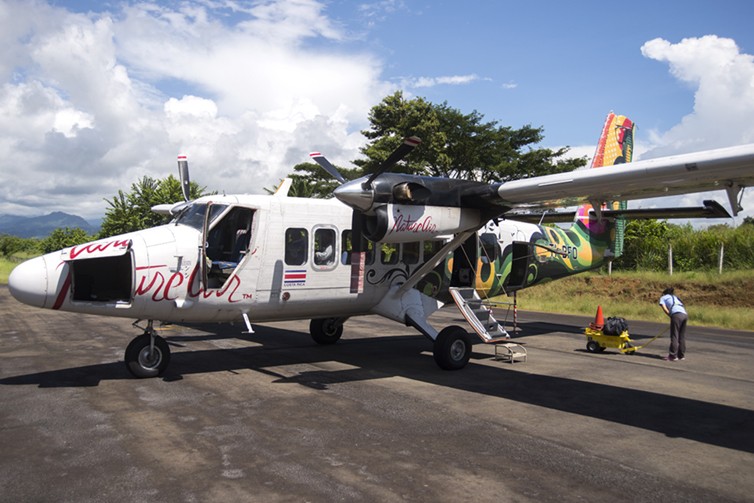 It is easy to find travel sites touting Costa Rica as the new Hawaii for tropical vacation destinations. I had intended to test this theory for some time, and see some sloths and monkeys in the process. Having found a discount fare for my girlfriend and meÂ from Tijuana to San JosÃ© via Guadalajara, my AvGeek/travel skills were put to use to figure out how to get from the Costa Rican capital of San JosÃ© to our intended destination, the Pacific coast town of Quepos. 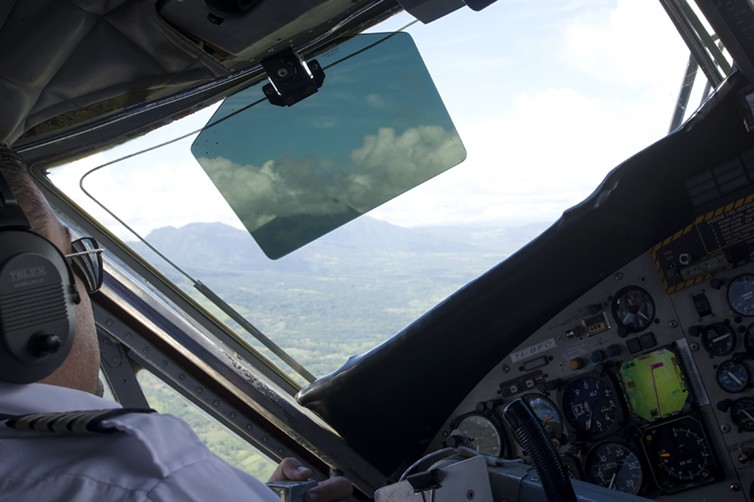 Ten seconds of Googling later, it was readily apparent that roads, road travel, car rentals, and long distance bus service in the country were less than ideal. Not expecting to find many other options, as Costa Rica is a very small country (roughly 80% the size of West Virginia), I was pleasantly surprised to find not one, but two, choices for domestic air travel in the region.Â SANSA Airlines (Servicios AÃ©reos Nacionales S.A.) operates a fleet of eightÂ Cessna 208B Grand Caravans from its hub at Juan SantamarÃ­a International Airport (SJO/MROC). As nice as a ride in a C208 sounds, I decided to go withÂ SANSAâ€™s main competitor, Nature Air.

I chose Nature Air for a few reasons, the most important being that they fly the De Havilland Canada DHC-6 Twin Otter 300, as well as a few Cessna 208Bs – but more on their fleet later. Specifically, they operate the â€œVistaLinerâ€ model, with oversized windows. As if that werenâ€™t enough to choose them, they have some of the most amazing aircraft liveries youâ€™ll ever see!