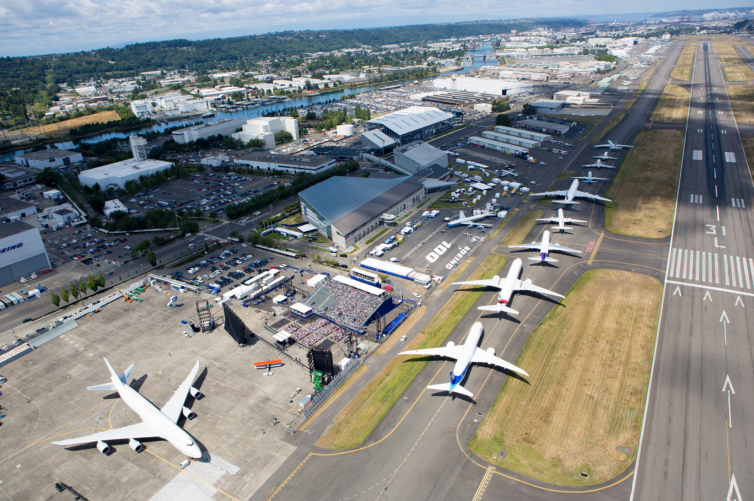 Boeing jetliners, from its first 707 to the latest 787 Dreamliner, line up along a Boeing Field taxiway in Seattle, WA on July 15, 2016 to celebrate the company’s 100th anniversary – Photo: Jeremy Dwyer-Lindgren

One of the best parts of doing this whole AirlineReporter gig is all the people that I end up meeting. Very early on I met Jeremy Dwyer-Lindgren. He was working for NYCAviation.com at the time and we were both new to the airline blogging world. He was also based in Seattle and we created a friendship and have always had a healthy competition.

It was obvious to me that Jeremy was an extremely talented photographer. Early on, I think he would agree that I often won our healthy competition, but the jealous pendulum soon swung the other direction. Soon, bigger and bigger names were looking to make use of his skills and abilities (and rightfully so). He did time as co-Editor-in-Chief with AirwaysNews (Airchive at the time) and was getting more and more freelance work — including USA Today. He has taken photos of some amazing airline-related events and some non-aviation stuff too (including the Super Bowl). He even took the photo that I am currently using on my author profile and Twitter account (while we were in Houston). 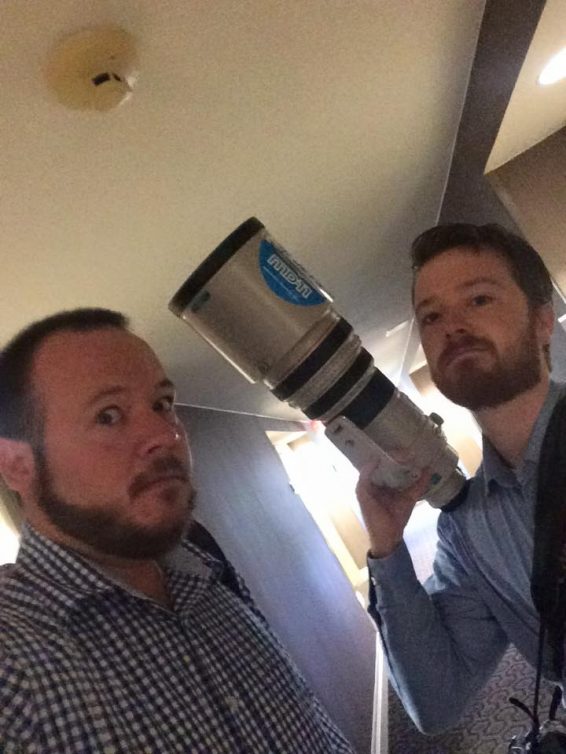 Jeremy and me getting down to business in Houston… kind of.

Going from being an AvGeek with a camera to one heck of an amazing photojournalist is quite the journey. I wanted to share some of his perspective via an interview that we had.