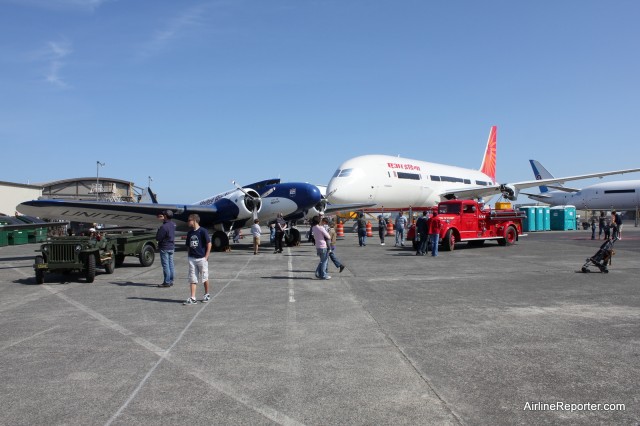 The Boeing 247D and a 787 Dreamliner are almost nose to nose. About 80 years separate these two airliners. How similar, yet different they are from each other.

The Paine Field Aviation Day this year was bigger and better than ever. More planes, more options, more access and the sunny day doesn’t hurt either. The even was divided into two events, one on the west side of the field by the Historic Flight Foundation and the other on the east side by the Flying Heritage Collection. There were shuttles that would quickly take guests to either their parking lot or the other side of the field. 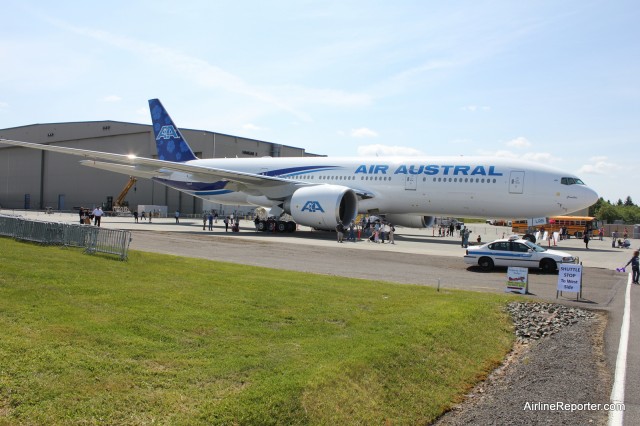 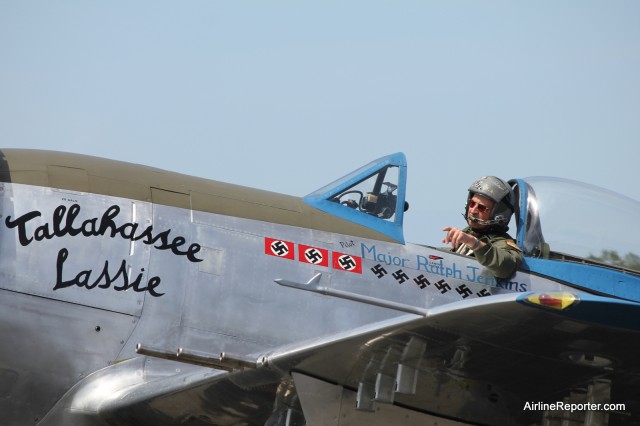 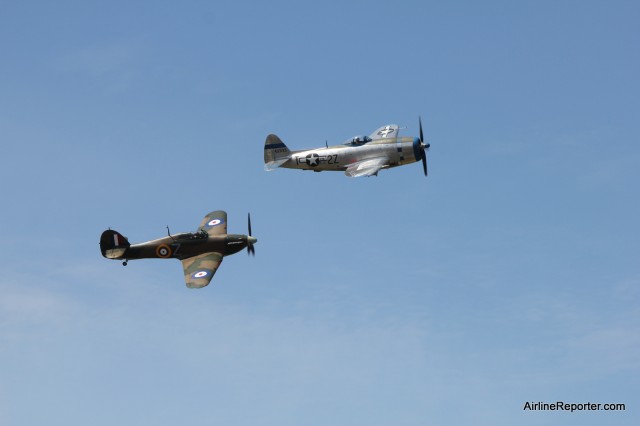 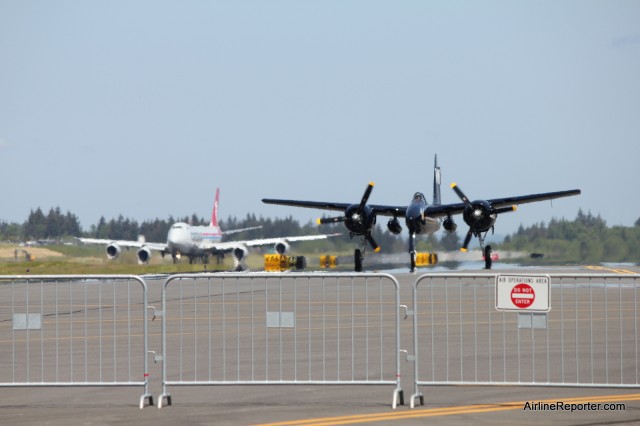 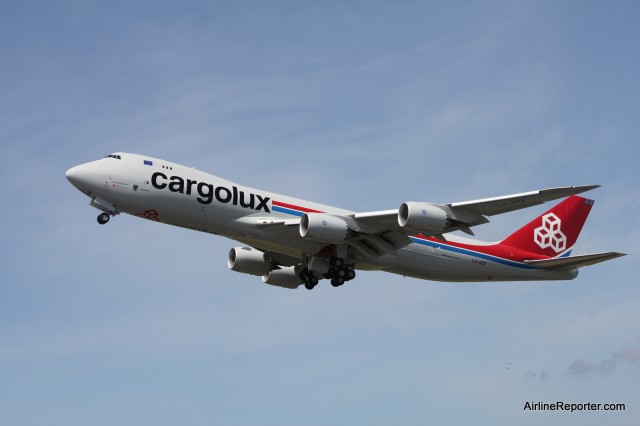 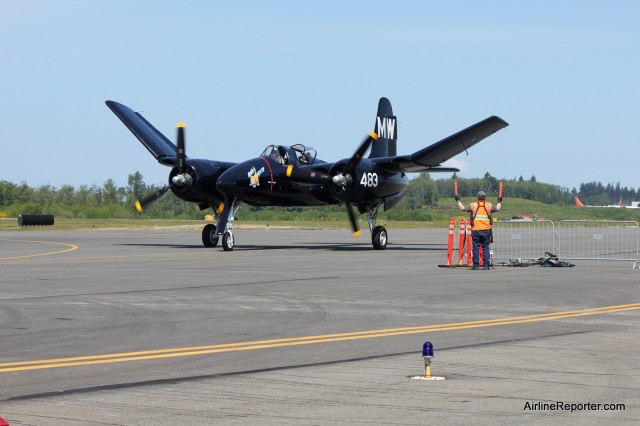 How can you not love Paine Field when you are watching classic war birds flying in the sky and they take a break to let a brand new Boeing 747-8F take off? A big cheers to all those who worked hard and volunteered their time to make this year’s event bigger and better than ever. Can’t wait until next year! 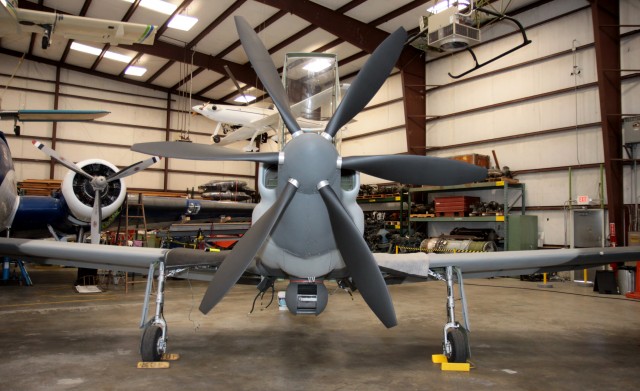 Come join us at 10am at the Paine Field Aviation Day at the Lockheed YO-3A. You can't miss it -- it is the little plane with six blades. Image from the Museum of Flight.

This Saturday will be the Paine Field Aviation Day. If you are planning on attending, I hope you can swing by at about 10:00am for a little Tweet Up. I know myself and Sandy with the Future of Flight will be there.

Let’s meet at the Lockheed YO-3A that will be on display at the event. It will be a big day for the YO-3A, since this will be its first public appearance after being restored by the Museum of Flight.

You can also follow along with the hashtag #PFAD12. Hope to see you there!

On Saturday, May 19th from 9:00am to 5:00pm, Snohomish County Airport (Paine Field – KPAE) and the Washington Pilots Association ’“ Paine Field Chapter will present Paine Field Aviation Day and you should come.