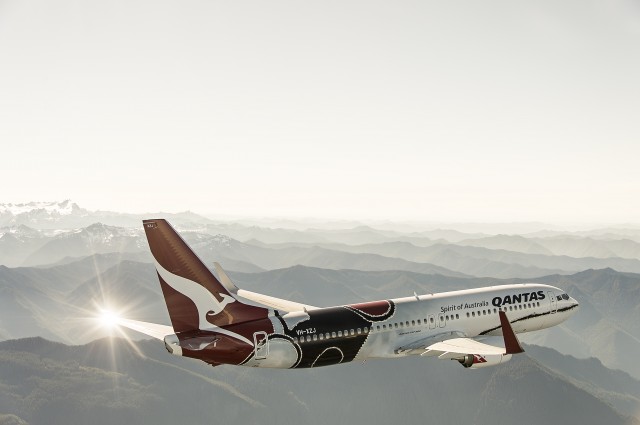 Qantas Airways recently took delivery of the fourth, and latest, aircraft in itâ€™s Aboriginal â€œFlying Artâ€ livery after an unveiling in Seattle.

Qantas has long had a tradition of special liveries depicting numerous special events, but the â€œFlying Artâ€ series is iconic and unique to Qantas. Starting in 1993, to celebrate the International Year of Indigenous People, the first Qantas aircraft to get the special treatment was a 747-400 entitled â€œWunala Dreamingâ€.