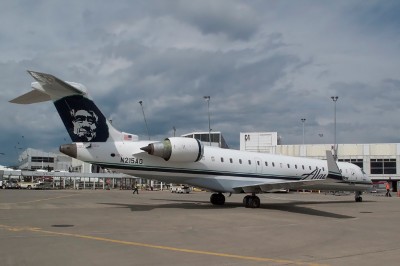 “Alaska’s goal is to create a consistent customer experience on all of its regional-aircraft flights and provide a level of service including beer and wine that will compete against other regional airlines that offer a first class cabin,” Marianne Lindsey, Alaska Airlines Corporate Communications explained to Airline Reporter. “Coffee, napkins, cups, the inflight magazine, flight attendant uniforms and flight attendant announcements will match Alaska’s. Boarding passes and a decal next to the aircraft boarding door will indicate the flights are being operated for Alaska by SkyWest.”

Alaska didn’t indicate that it immediate plans for additional routes to be flown by the CRJ-700s. “We’re continually evaluating demand in all Alaska markets and will ensure the aircraft type and frequency (or capacity) continue to match demand throughout the Alaska system,’ Lindsey confirmed.