Friends of mine, Maresa, recently started a new blog that looks at all the great opportunities around the greater Seattle area called AroundPugetSound.net. She recently visited the Flying Heritage Collection and did a great review that I wanted to share. She is not an aviation geek, so it is great to see a review from the perspective of those who just have an interest in the area, history and how things work. Here is Maresa’s review in her own words… 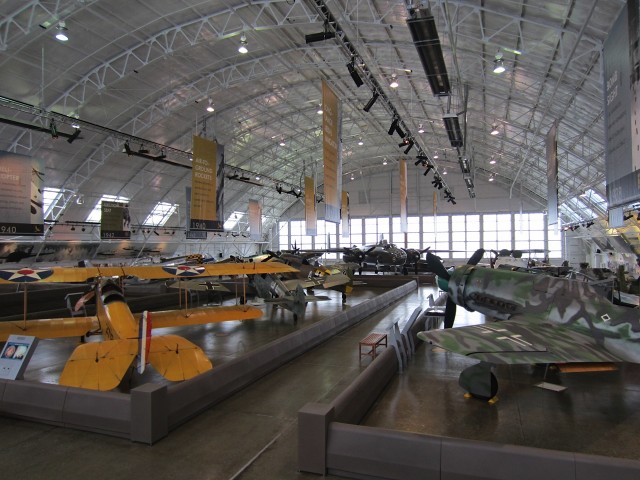 Next to all of the giant Boeing hangers, Paul Allen’s hangar doesn’t appear very big.  But, once inside the museum hangar, you’ll find they have fit 16 aircraft–mostly from the World War II era– two WWII army tanks, and two missiles.  They also have a replica of SpaceShipOne, the first private-venture rocket ship. State of the art restoration techniques have been used to refurbish these vintage airplanes and other artifacts. Many of the planes have stories. For example, the Messerschmitt BF 109 E-3 (Emil), was found in several pieces buried in sand along the English Channel by a man walking the beach in the late 1980s. With time and the right replacement parts, plus liberal funding, it has been returned to its original form. The planes look as sharp as they did when they were manufactured over 70 years ago. 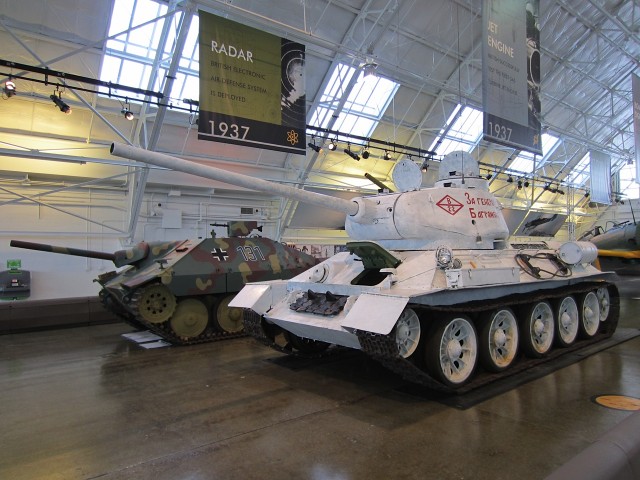 Free Fly Days
Our tour was lead by a docent, Jack.  Jack was extremely well-prepared and superbly informed about each exhibit in the museum. One of the first things Jack told us was that all of the planes were in flying condition and the all tanks could still be driven and fire ammunition, making this more of a functional collection than simply a museum. As we walked around in the museum, mechanics were working on several of the planes, ensuring that they would be in good operating condition for the yearly Free Fly Days that happen every summer. The “Free Fly Days” don’t afford the public rides in the plane, but allow you to come and be part of history by witnessing the operation and flight of these historic planes as experienced pilots take off and land the planes just outside the hangar. 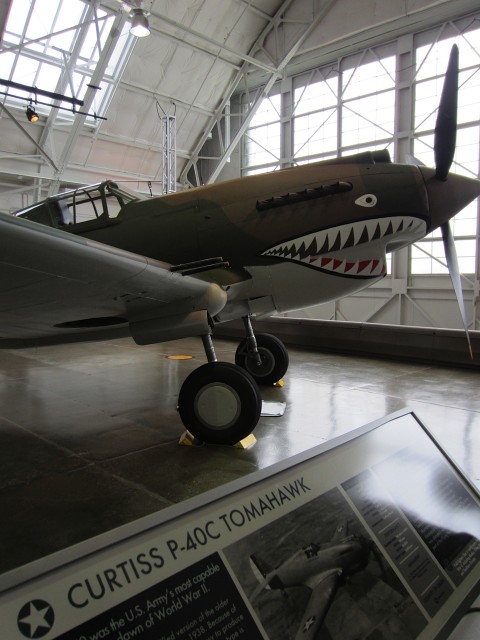 Plane Stories
Thanks to our docent we learned a great deal about the story behind each plane.  Jack offered not only information about the make and model of the plane, but the history of the individual aircraft that stood before us. Every plane narrative was completely unique. From how the plane was used in the war, to what each country wanted to accomplish with their aircraft, to when and how the plane was found and eventually bought by Paul Allen to be restored.  The following is one that captivated us and we wanted to share with you.
The Night Witches
The “Night Witches” were female Russian pilots who flew PO-2 biplanes during WWII. These bomber pilots were part of a unit that was entirely operated by women. As you know, for women to fly in direct combat was extremely rare at this time in history. The Soviet Union was the first country to allow women in combat after Stalin approved a plan to use this regiment of young women against the invading Germans.  Many of these female pilots were teenagers at the time. The “Night Witches” would fly low over the German soldiers, with the darkness of night on their side, and conduct daring raids on the Germans. They would fly the PO-2 close to the ground, cut off its engine, so as not to attract attention, and release their bomb load as they glided. 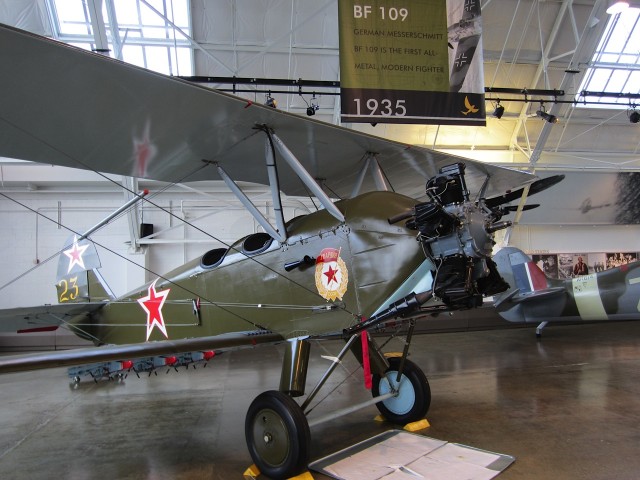 Sworn To Secrecy
Jack told us that even though the Night Witches were seen as heros, they had been sworn to secrecy after the war and were forced to resume their lives as housewives when the war concluded, never to unveil the fact that they were pilots, let alone that they had flown in the war. It wasn’t until the late 1980’s or 1990’s that these female Russian soldiers were able to tell their story. You’ll learn even more about the “Night Witches” at the museum when you visit. 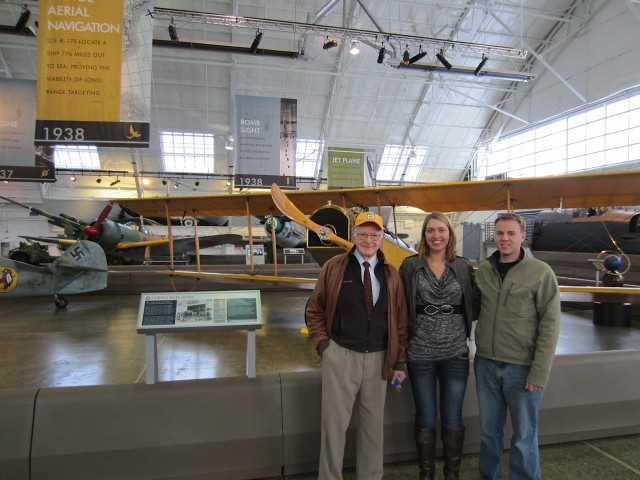 Back To The Collection
We highly recommend asking for a tour guide when you arrive.  Your docent will make the history of the airplanes come to life in a way that they may not otherwise. My grandfather, who has studied and known WWII aircraft for many years, said that he learned a great deal from our docent. We are looking forward to returning to the Flying Heritage Collection for their Free Fly Days to hear the planes’ motors roar and watch history soar.

Newly added pieces include a collection of popular WWII sidearms carried by many pilots in their aircraft to offer some defense in the case of a crash-landing behind enemy lines.  These include the venerable Colt M1911A1, the German 9mm Luger P08 pistol carried by many of the German officers and the 9mm Walther P38 pistol.  Some of these models are still actively used today in militaries around the world. 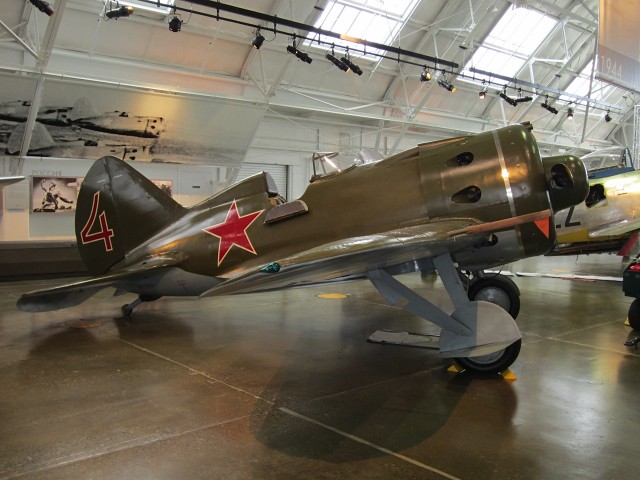 Directions
From I-5 take the exit to Highway 525 toward the Mukilteo Ferry
Highway 525 will become the Mukilteo Speedway
Turn right onto Beverly Park Road
Follow the “Flying Heritage Collection” Signs to the parking lot
End at: Paine Field 3407 109th Street SW Everett, WA 98204