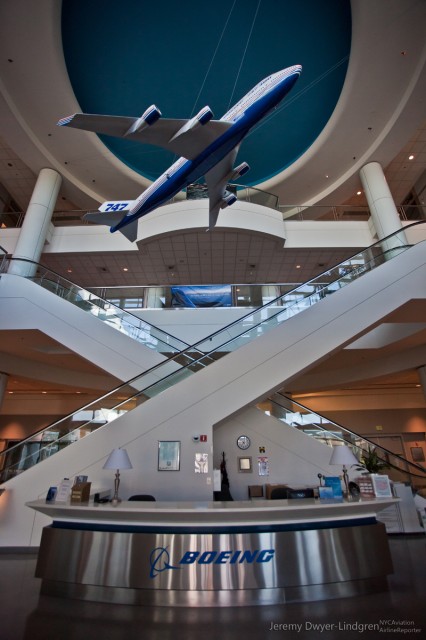 Boeing Flight Services (BFS) offers eight locations around the world that provides pilot, maintenance, composite and cabin crew training.Â  Around the world, Boeing offers 80 flight simulators (eight are for the 787). The locations for the 787 training facilities are located in London, Singapore, Shanghai, Tokyo and of course Seattle. We recently had the opportunity to take a behind the scenes look at the pilot training part of the BFS facility located south of Seattle,WA.

Currently, Boeing has orders for 873 787 Dreamliners. For each new aircraft that gets delivered, there need to be pilots, technicians and flight crew that require training.Â Â  Boeing works with their airline customers to provide a customized training package.Â  They can choose to have their entire staff trained, or just a handful of trainers who return to the carrier armed with all the knowledge they need. 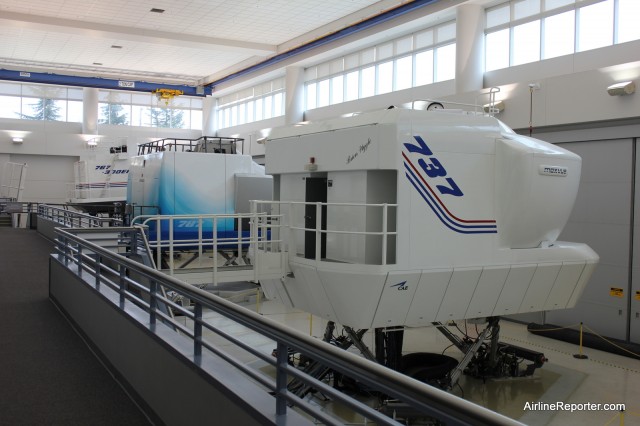 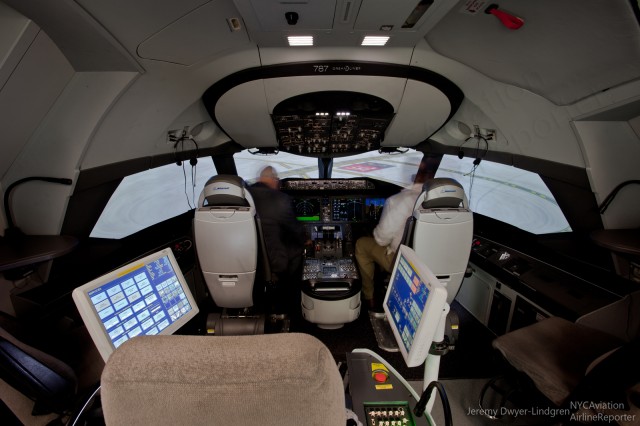 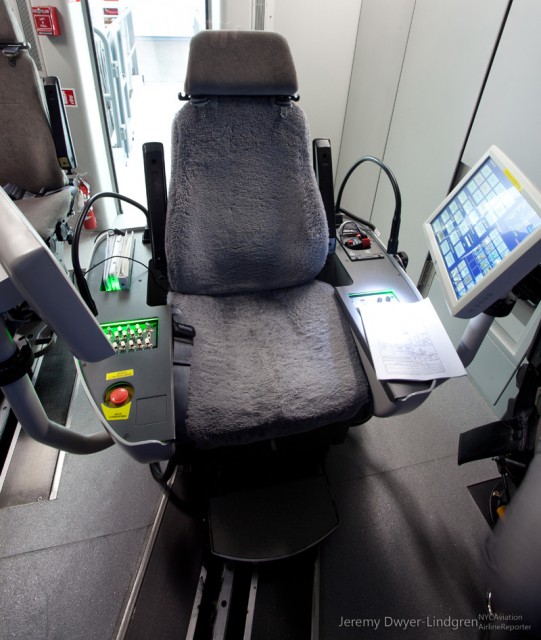 When entering the simulator, the first thing that stands out is the large chair in the middle of everything.Â  The chair appears more at home on the bridge of the Starship Enterprise than the simulator weâ€™re standing in. The chair, affectionately called â€œCaptain Kirkâ€™s Seatâ€, is where the instructor is direct and manage the simulation along with being able to see the same visualization that the pilots are. 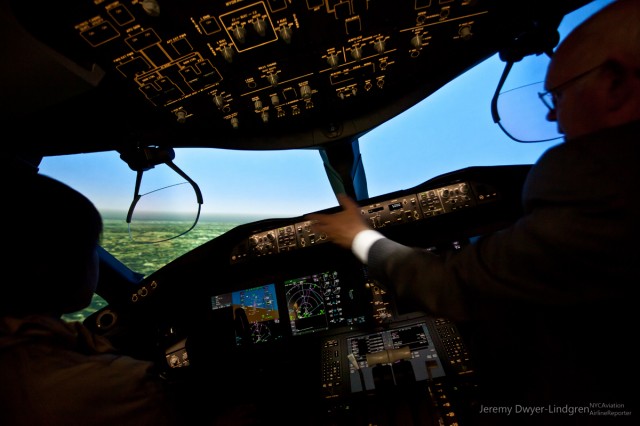 Being in a few 787 cockpits (not during flight), it is easy to say that the simulator is very accurate to the actual Dreamliner.Â  Beard confirmed this by explaining that all the same software and options on the actual aircraft are in the simulator â€“ actually there are more. The simulator can be programed to have either the GEnx engines or RR Trent 1000 (there are few differences in the flight deck of the two). The simulator can also be used for the future 787-9 model as well. 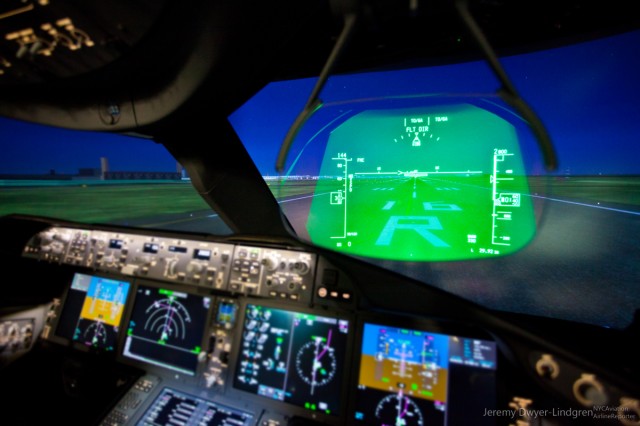