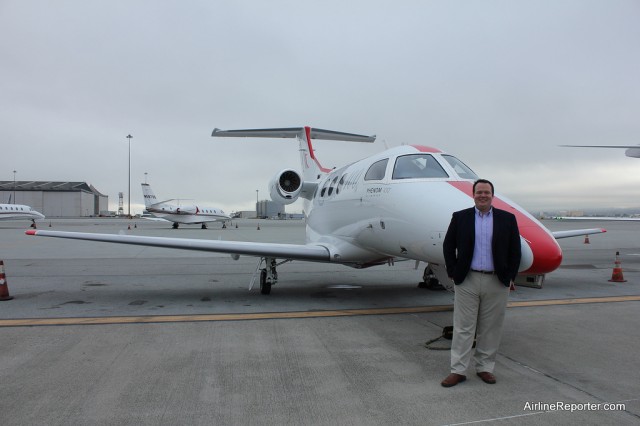 Aren’t private jets just for the uber rich and was an exclusivity meant for a rare few? I now see that it depends on who you are flying and how flexible your schedule might be. JetSuite is a luxury that even the common man can afford and the better off can still appreciate (note: JetSuite flew me and a photographer down to SFO at no charge and Singapore Airlines paid for our commercial flights home). 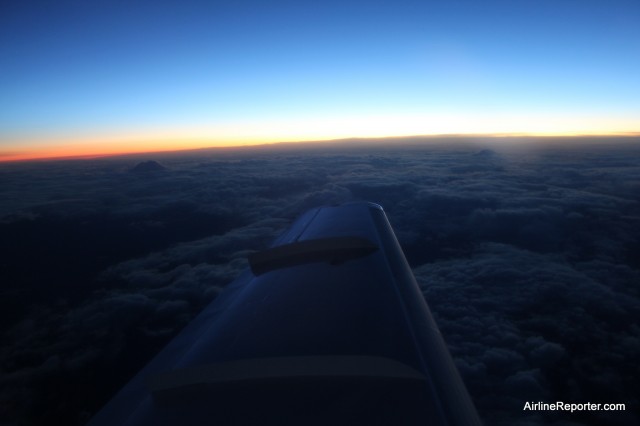 My JetSuite flight was scheduled to leave Seattle at around 6:45 am, which meant it was an early morning. It is amazing how knowing you are going to fly can help to wake you up. I was hoping to get photos of the Embraer Phenom 100 aircraft before we departed, but it was dark and (take a wild guess) rainy.

One of the benefits of flying on a private jet is not having to deal with the airport hassle. Most private jet flights leave from an FBO (Fixed Base Operator), which is really a small office for private aircraft. It took me about 3 minutes to get from my car to the aircraft and that was with a stop to get coffee. No security, no lines, no hassles. An extra bonus is I was greeted by our two pilots and we had the opportunity to get to know them a little bit before taking off. 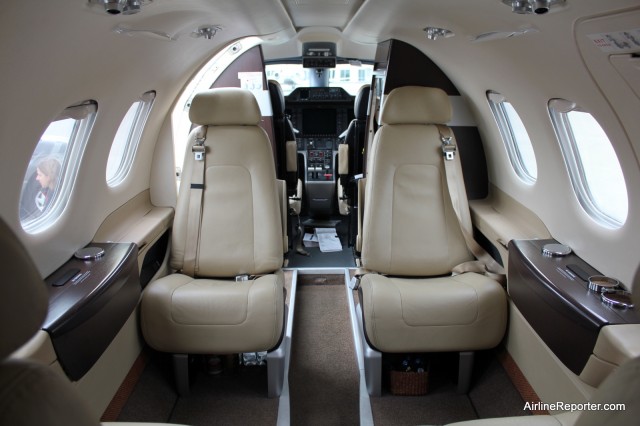 The Phenom 100's interior was designed by BMW and is actually pretty roomy. I took the seat on the right facing backwards.

I was not sure what to expect since the Phenom 100 is such a small plane, but looks can be deceiving.  I was impressed with how much room was in the cabin and how easy it was to work, take photos and chat with the others on board. The interior was designed by BMW and because of this, the colors, lighting and tones felt high-end. Each set of seats has a table that folds out and provides ample space for both people to work. I chose to sit in a rear facing seat to experience the flight backwards, which is not much different than enjoying it facing forwards. 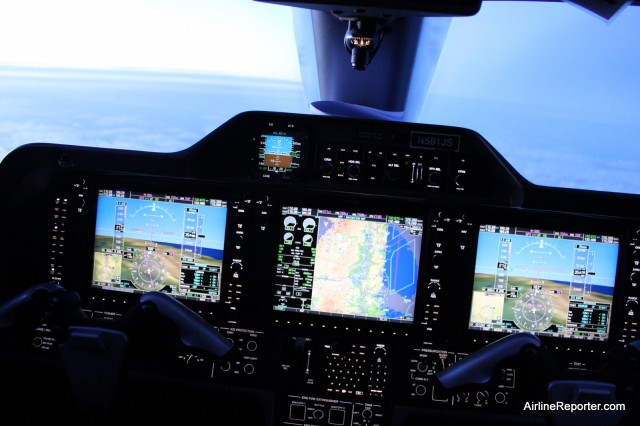 Another benefit of riding your own private jet is that you can go check out the cockpit and take photos. When going up front, you are welcomed by three large screens.  Each pilot can customize the look of his/her display. The photo above demonstrates the new Synthetic Vision which shows real time terrain behind everything else a pilot needs to know about their aircraft. Even though the Phenom 100 can be operated by just one pilot, JetSuite has chosen to use two. 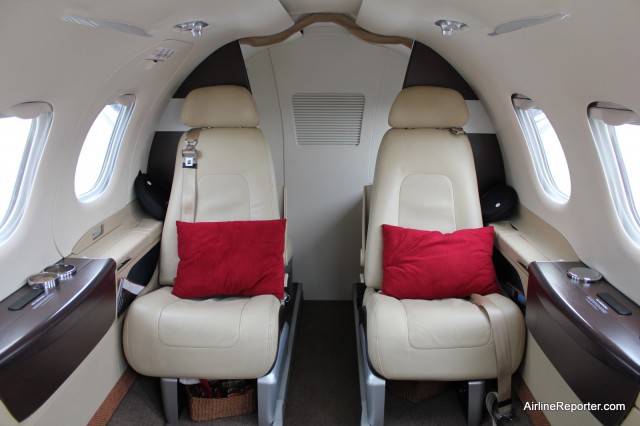 Even though the plane is small, there are quite a few amenities tucked in for the passengers. You have the ability to pull out some Bose headphones to either deaden the noise or listen to XFM Satellite radio. There was also hot coffee, cold drinks and a  selection of snacks located in a bin right behind the seat. If  one feels like having a few “adult beverages” there are plenty of choices (here is just one basket). Since my flight was early morning, I chose coffee and water.

There is a small lavatory in the back of the plane, which you need to put up a curtain to use. It is much better than having no restroom option, but I would suggest going before you take off or drink enough alcohol where you just won’t care anymore. You also are allowed to use your electronic devices whenever you want and if you are flying and get a cell signal, you are allowed to use it! Do not get too excited; I only had two short windows of cell reception to get Tweets out, but not being yelled at to put away my electronic devices was wonderful. 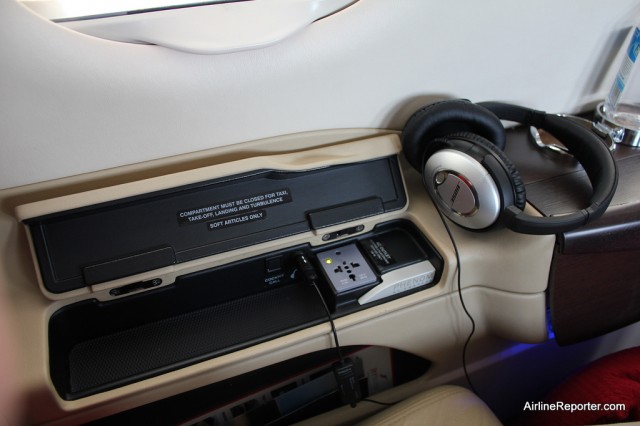 During the flight, I was able to learn about JetSuite and what they are are hoping to do in the future. The company was started in 2007 by JetBlue founder Alex Wilcox who knows airplanes. JetSuite currently operates a fleet of 13 Embraer Phenom 100s. They chose the aircraft because it provides some of the best economics for a private jet and is capable of providing quick short hop trips for their customers.

However, only being able to do short hops is detrimental for a company looking to expand. JetSuite wants to grow their operations, especially on the east coast and to reach Florida from the New York non-stop will require a larger aircraft. The obvious fit would be the Phenom 300 or if things are going well, maybe even the larger Embraer Legacy 500. 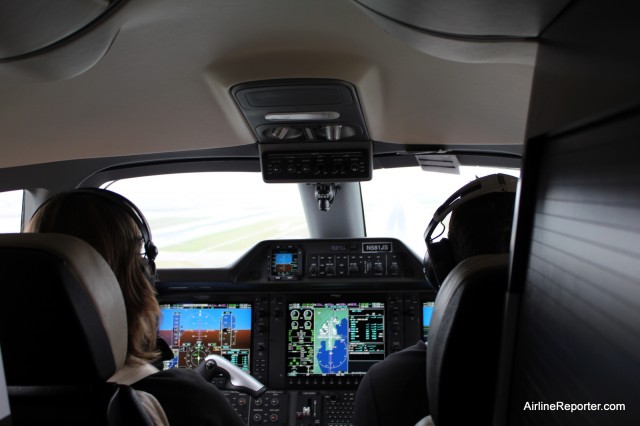 I was pretty upset that this photo did not turn out, but it was the best one I ended up with. I still want to share it since the experience was quite epic. We were on final approach into SFO and it is great to be able to turn around and watch out the cockpit window as we landed.

If you are looking for something  a bit more flexible, they also offer SuiteSavers from $1499 to $1999 each way. Of course they also offer getting a jet when and where you want it, but that will cost you a bit more — from $2500 to $4000 per hour depending on if you have a membership and your needs. 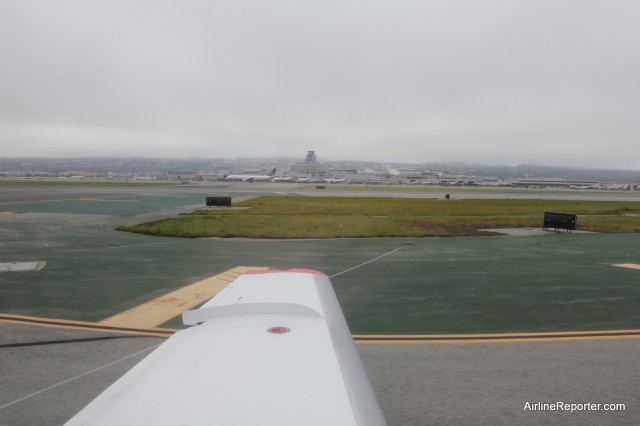 Anyone who flies Singapore Airlines is able to get a discount, which depends on the type of class you are flying.  If you are on a first class ticket, you will save up to $1400/hr and on a business class ticket up to $900/hr on your JetSuite flight. 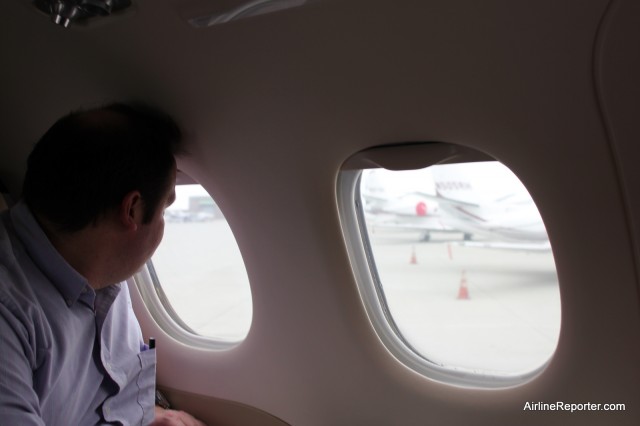 I have been fortunate enough to experience many cool adventures with this blog, but almost none of them I could afford on my own. $8000.00 for a one way business class ticket? Ha! But this was an experience that I could actually afford, if I was able to get one of the last minute deals. Of course those of you with a bit more means at your disposal, even paying a full fare can be worth the time and hassle saved.