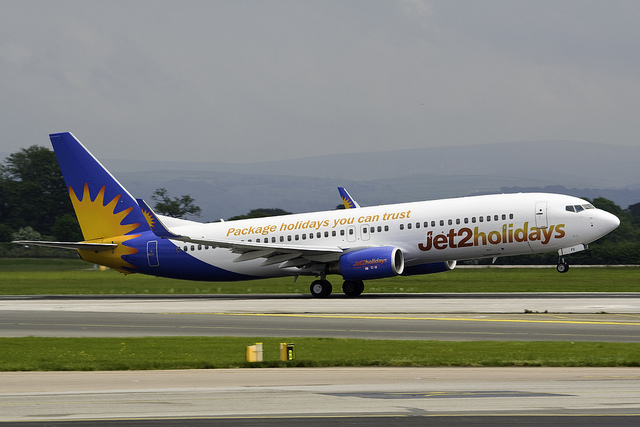 If it looks like a duck, quacks like a duck, then it has to be a duck right? Not always. The image above is for a Jet2holidays Boeing 737, but that livery looks mighty familiar doesn’t it? It seems to have a lot in common with Allegiant Air’s livery, but for good reason.

Allegiant Air has leased two of their Boeing 757s (current registered as G-LSAL and G-LSAM) to Jet2holidays and they are flying them with a modified Allegiant livery. It appears they have now painted their 737 in a similar, but not exact same livery — which has become their new livery.

It is not bad looking, but I think Allegiant’s looks better. It does give you an idea what Allegiant’s livery would look like on a Boeing 737.

I tried to emails Jet2holidays to get some more information on the livery update, but to date, I have not received a reply.