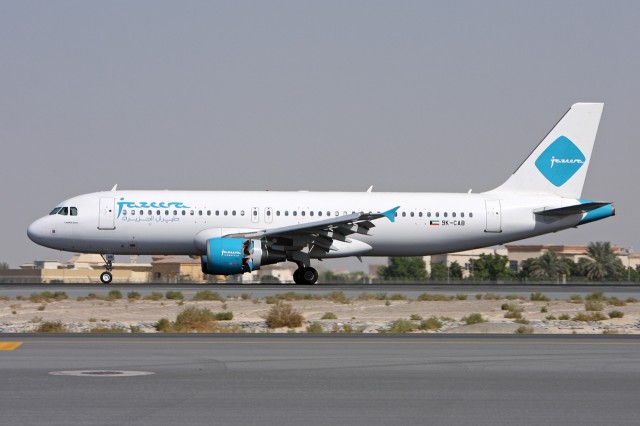 Jazeera Airways is a low cost airline based in Kuwait. It was founded in 2004 and currently has a fleet of six Airbus A320 aircraft. At one time, the airline had 30 A320s on order, but in 2010 aircraft were parked and five had their leases stopped. Jazeera Airways cancelled most of their orders and now only has four A320s on order with Airbus.

The airline was started when the Kuwait government allowed Jazeera Airways to operate, ending Kuwait Airway’s monopoly in the country.

The livery has a lot of white and I almost wish they would have made part of the bottom or have a stripe that was teal. One fun part, you don’t see on many liveries, is the blue behind the tail surrounding the APU. It is pretty difficult to read the airline’s name on the front, on the engines and on the tail due to the font chosen.