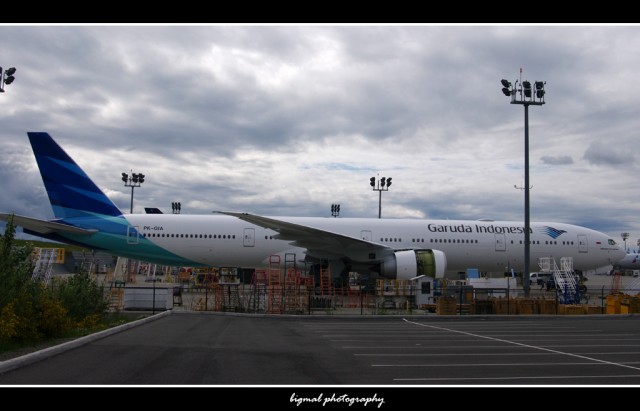 This photograph shows Garuda Indonesia’s first Boeing 777-300ER (PK-GIA) at Paine Field in full livery, which was taken earlier today. The airline has 10 on order and the first is expected to be delivered in June 2013.