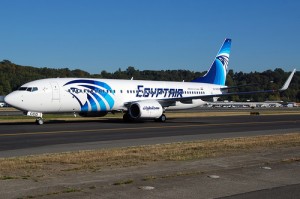 Often, it has been joked about how airline security can be so tight, yet airlines provide knives on board. However, I doubt the people on the flight would have been in any real danger against a plastic knife.   However, this is a great reminder on how Air Marshals can come in very handy.