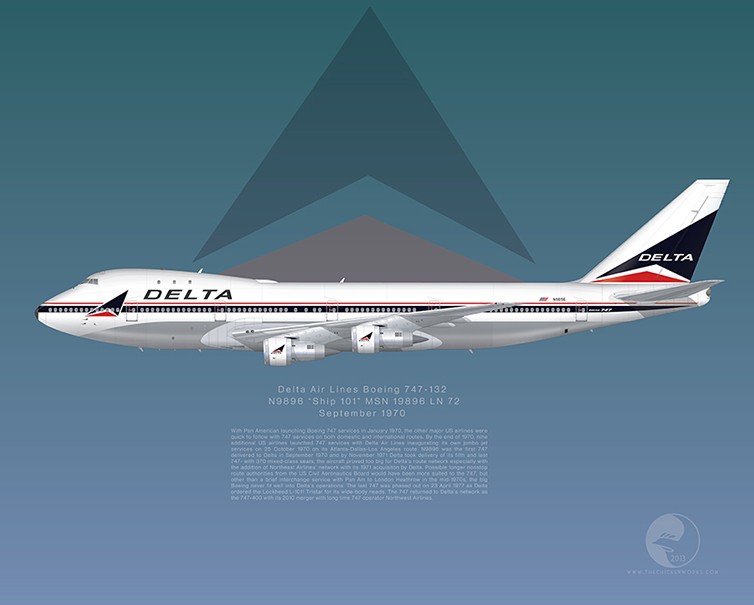 Delta did however, for a brief time, operate the first variant of the 747 family, the 747-100, from September 1970 to April 1977. Only five aircraft were taken on strength with Delta and while the 747-100 was but a short historical footnote in Deltaâ€™s history, its legacy looms large to this day with the airline.

In order to understand what the 747 was for Delta at the time, one has to consider that as the 1960s were drawing to a close, Delta was in the midst of transition on several fronts. The first change came with the Southern Transcontinental Route Case of 1961. Prior to deregulation, airlines usuallyÂ had to make a case for the opening of new services and routes to the Civil Aeronautics Board (CAB). Often these cases consisted of years of deliberation, and politics played a central role in airlines winning favorable rulings from the CAB. In the 1950s, the CAB favored interchange services as a means for airlines to open up new markets without saturating a given route with an excess of seats, harming profitability. 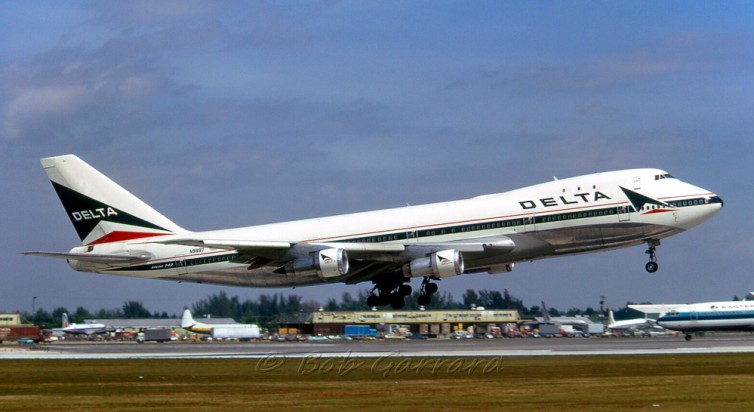