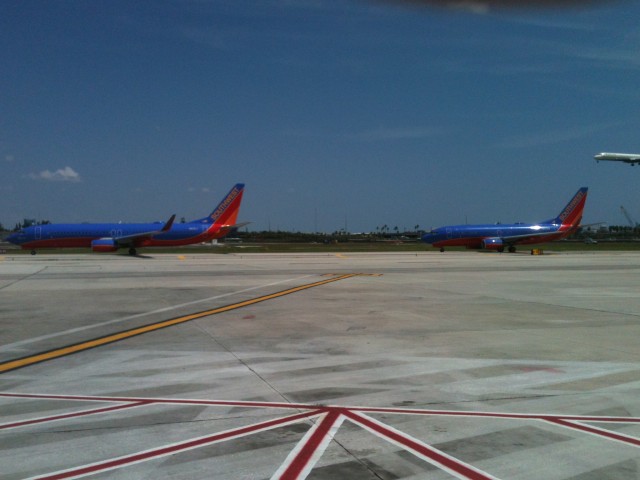 The relationship between Southwest Airlines and the Boeing 737 has gone back a long way. Recently, Southwest took delivery of their first Boeing 737-800. For the average person this might be a non-event. For those who realize that previously the airline only operated the smaller aircraft, this is an event worth celebrating. The 800 will allow the airline to operate more capacity on routes and the ETOPS certification will allow the 737-800 to take on destinations, like Hawaii. On the 800’s inaugural flight from Chicago Midway Airport (MDW) to Fort Lauderdale (FLL) my father was able to join along.Â 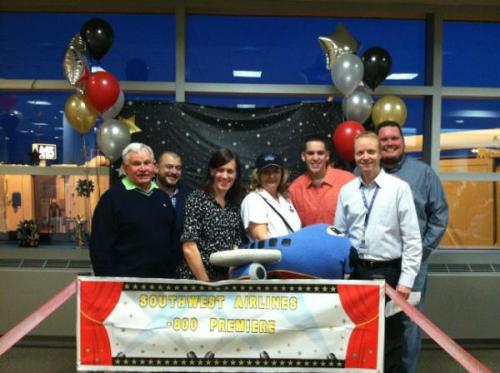 I woke up at 4:30 am with great anticipation of my flight on Southwest’s new Boeing 737-800. Â This particular aircraft was dedicated and named “Warrior One” in salute of the Southwest Employees’ Warrior Spirit that reflects a “can-do” attitude.Â My flight aboard “Warrior One” from Chicago’s Midway Airport to Fort Lauderdale was the the aircraft’s maiden scheduled flight. It was to be a day of celebration. 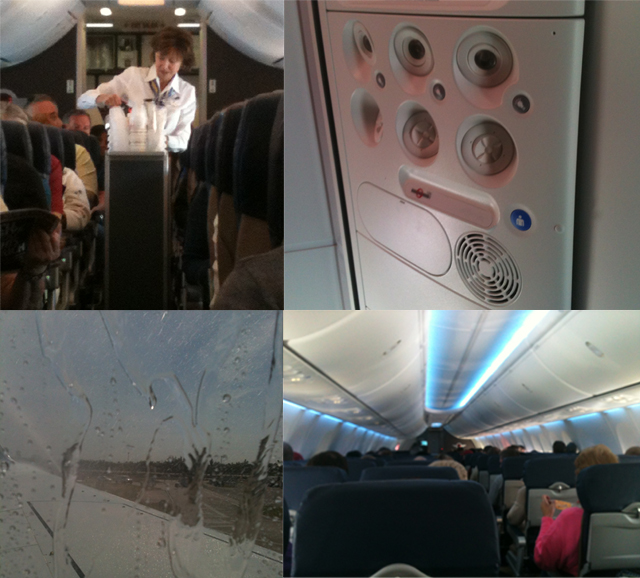 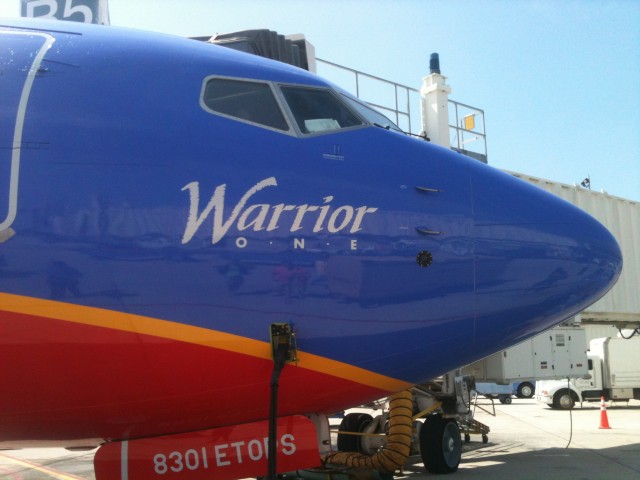 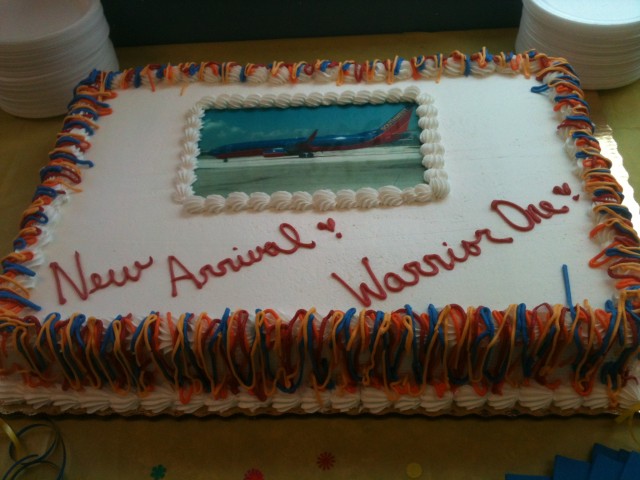 Flying on Warrior One made you almost forget you were flying on a Southwest flight, but in a good way. The one factor that remains constant with Southwest and brought back the reality that this was indeed a Southwest flight was flight-attendants’ impeccable customer service. I have been on other Boeing 737-800s flying with other carriers, but what really made this one unique was the “Warrior One” Southwest Airlines crew.Â Am I a fan? Absolutely! How can one not be with this combination of new plane, great service and oh yes, bags still fly for free.