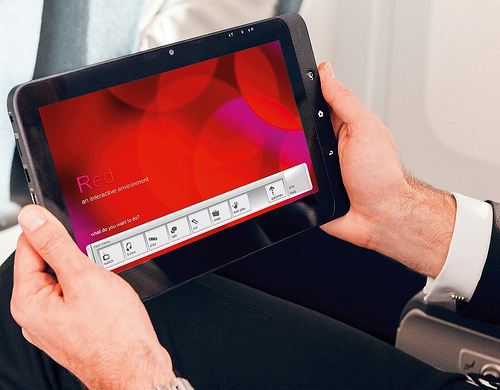 ’œThe idea behind Red has always been to reinvent the flight experience, by offering travelers more options, more control, more content and more interactivity.  Even though we believe that Red has raised the bar and is still head and shoulders above anything else in the U.S. skies, we’re not the kind of Company that rests on our laurels,’ said David Cush, President and CEO of Virgin America.