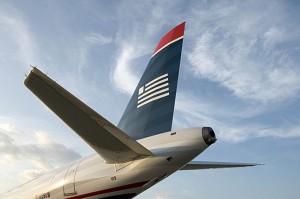 The FAA decided not to take any action against US Airways, but the state of New Mexico demanded the airline followed their Liquor Control Act and revoked their liquor license. Although the airline probably should have cut off the passenger from having more to drink, it was the passenger’s personal responsibility to make theÂ decisionÂ not to drive, not the airline’s. Who knew if someone was to pick him up, he had a layover or was taking a taxi.

US Airways fought New Mexico stating that the state had no authority to stop them from selling alcohol since it was a federal issue. The airline took the state to Federal court and in October 2009, the Federal court sided with the state of New Mexico. US Airways was not satisfied with the outcome and took the case to the federal appeals court. Last Friday, the 10th US Circuit Court of Appeals sided with US Airways, reversing the decision the previous federal judge made, stating that judge failed to balance state and federal interests. The court showedÂ that the airline is already regulated by the Federal Aviation Act and the state must follow the 21st Amendment. 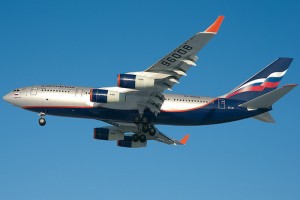 Sometimes when you see the results of a study you just want to say, “duh!” Recently Aeroflot, Russia’s flag carrier, banned alcohol on some of its longer flights to see if it would decrease in flight disturbances. Not toÂ surprisingly, they did see a decrease.

The ban was only for passengers in Â economy seats (maybe people with more money can hold their booze better?). Since the change, Aeroflot has seen a “significant fall” in the number of alcohol-related issues (this is the “duh” part).

Due to the success, the airline is continuing to ban alcohol on flights from Moscow to Havana, Bangkok, Shanghai and the Russian cities of Khabarovsk, Vladivostok, Yuzhno-Sakhalinsk and Petropavlovsk-Kamchatsky at least through the summer.

I am sort of torn with the banning of alcohol on flights. When you read about passengers going crazy on flights, 95% of the time alcohol (and/or drugs) are involved. However, flying is very stressful to a lot of people and alcohol can give passengers a certain level of comfort. Alcohol is also a big money maker for airlines. Those $5-8 you are spending on mixed drinks costs the airlines much less and losing that extra revenue would cause airlines to increase prices.

Many flight attendants I have talked to would love to see alcohol banned on flights. You can imagine, sometimes it makes grumpy passengers even more grumpy. Plus having the “I think you might have had enough, ” Â conversation can’t be easy.

Honestly, I don’t mind having a little buzz while travelling at 30,000 feet. I don’t fear flying, I don’t get angry, but I might get annoying when I keep talking about how awesome it is we are all flying.

Do you think banning or reducing alcohol consumption on airlines, knowing prices would go up, is a good move? 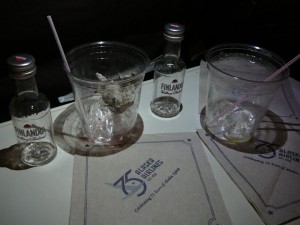 Although the passenger involved should have had better personal responsibility, the 21st Amendment provides the right to distribute and sell alcohol, and thatÂ comes with responsibility in serving. During the investigation, other passengers stated it was obvious the man who caused the five deaths was intoxicated and the airline still served him two additional drinks.

A dramatic view of the Grand Tetons immediately after stepping out of door 1L on an American Airlines Boeing 757-200 at Jackson Hole Airport (JAC/KJAC) in Wyoming.

The 57 year old pilot was supposed to be taking 204 passengers from London’s Heathrow to Chicago yesterday on flight AA87. Before the flight could take off, security staff alerted police who administered a breathalyzer that the pilot failed. The flight was delayed, but was able to take off after finding a replacement pilot.
Source: MSNBC Image: matt.hintsa

No, you make not have a drink.

If you are a frequent flyer of Gulf Air and like to have a drink or two on your flight, you might have to resort to going back to biting your nails for a little bit of nerve comfort.

Parliament in Bahrain unanimously voted to ban the serving of alcohol on the Gulf Air flights, since they claim it Islam bans then from serving alcohol.

Although it is sometimes hard to argue with forcing people to do something against their religions, Mona Almoayyed, who is president of Bahraini Businesswomen Society, points out that it might, “start with this and it will end up with restrictions on women.” That,”Â  it is a matter of personal freedom,” and , “it is not a matter of alcohol.”

Of course in this world economy and market for almost all airlines, they can’t really afford to lose much more profit. No matter what happens with this situation, I just hope it doesn’t spread to many other airlines.