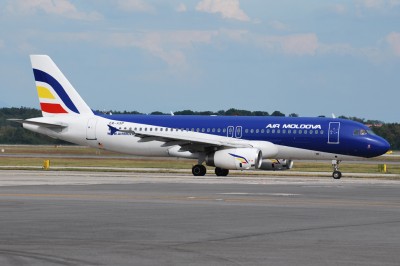 Air Moldova was founded in 1993 and is based in ChiÅŸinÄƒu, Moldova. When the airline first started operations, it was a unit of Aeroflot, Russia’s governmental airline. At first, the airline operated with old Russian aircraft: the Tupelov TU-154, TU-134, and Yakovlev Yak-42s.

The livery looks a bit odd to me with the fuselage being half blue and not really properly flowing into the tail. However, it looks a heck of a lot better than the old Aeroflot livery with a new name slapped on.