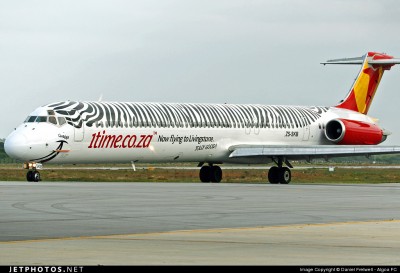 1Time is a low cost airline based out of South Africa. They have a fleet of mostly MD-80 aircraft and fly domestically through Africa.

This MD-83 (ZS-SKB) was painted in zebra strips to celebrate the airline’s new route to Livingston, Zambia from Johannesburg. It seems the plane likes the paint job, look at her big smile! 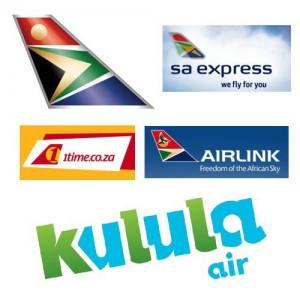