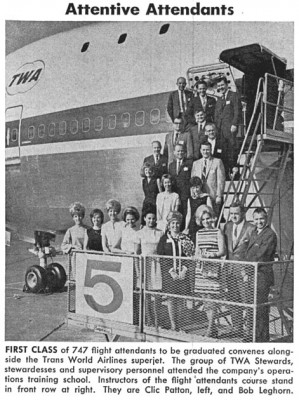 
I remember when flying wide bodies was a common thing to do. Catch a DC-10 or even Boeing 747 from one coast to another. Today, you are more likely to be on a Boeing 757 or Boeing 737. In 1974, TWA was proud of their Lockheed L1011 service to the East, where you got extra cushioning and even a steak meal in coach.

Ah, the good ‘ol days when you could get a steak in coach. Of course remember, you can fly today from coast to cost for a little over $100 one way. I think I can handle the peanuts for that cost!