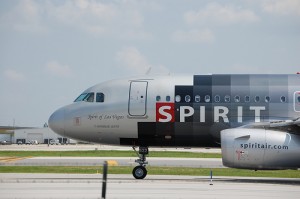 It seems that even though there was a lot of  “negative” publicity on the new fees, passengers are buying more tickets. Is this because they are feeling Spirit must have really low fares or is it just coincidence? 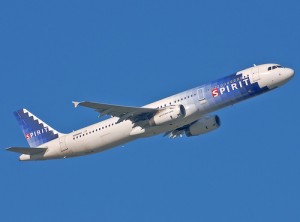 Yes, if the fees were not clear and were hidden, I could see the government stepping into make sure an airline was not deceiving passengers, but if you look at Spirit’s website (or been watching the news over the last few days),  it is quite obvious what the fees are for. 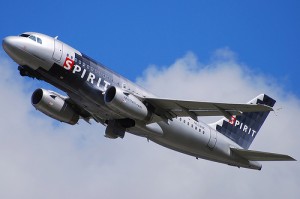 “Selling fares for $9 has made us very popular and, a few years ago when we adopted this model, we had some growing pains during the transition,” Spirit spokeswoman Misty Pinson said in an e-mail to the Atlanta Business Chronicle. “We have addressed all the core issues that caused customer experience challenges a few years ago, including upgrading our computer systems and utilizing a new reservations partner.”

Customer treatment is currently on the forefront of the airline industry. I am normally for the industry regulating itself and allowing customers to help steer what the industry does, but it seems some airlines just don’t get it and passengers have a short memory span when choosing what airline to fly. A passenger might have a horrid experience and say they will never fly a particular airline again. But the next time they fly, if that same airline is $25.00 less, they “forget” their previous experience and decide to save a few dollars.