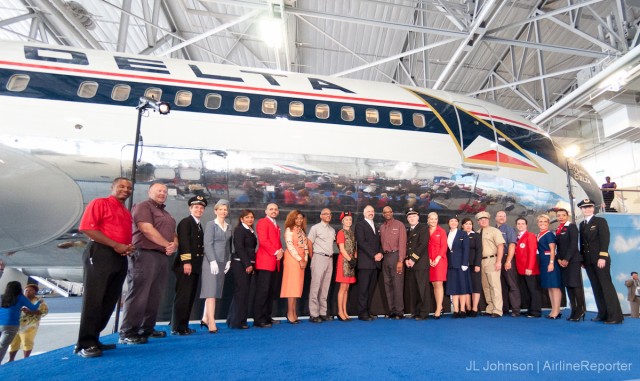 A crowd gathered before a beautifully restored 767 inside a climate-controlled hangar on the outskirts of Delta’s corporate headquarters in Atlanta, Georgia. Attendees included executives, local and regional politicians, select employees, media and various VIPs. There was a marked excitement in the air. The facility had been closed to the public and shrouded in secrecy for six months, so all were excited to explore the newlyÂ renovated Delta Flight Museum.

The unveiling of the museum, which had been personally overseen by Delta CEO Richard Anderson, was timed to coincide with Delta’s 85th anniversary of passenger operations. Â After opening remarks by Anderson, Georgia Governor Nathan DealÂ and Atlanta Mayor Kasim Reed,Â attendees were treated to a short video illustrating Delta’s history. Following the movie and a short awards ceremony attendees wereÂ invited to enjoy the festivities and have a look around the multi-room, multi-level facility. 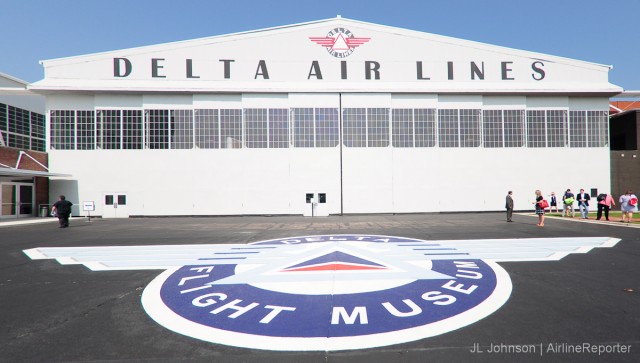 Visitors are assuredÂ they haveÂ indeed arrived at the right place when driving by a 757-200 restored in the “Classic Widget” livery. For extra assurance a DC-9-50 in the modern “2007 Widget” livery that sits just across the way.

The exterior of the facility is undeniably Delta: Bright euro-white with large block letter titling:Â Delta Air Linesâ€¦ (Air Lines; twoÂ words — they’re sensitive about that). Delta widgets adorn the pavement, the building and are strategically incorporated within the museum’s design inside and out, allowing for a sort of AvGeek easter egg hunt for those looking for a challenge.