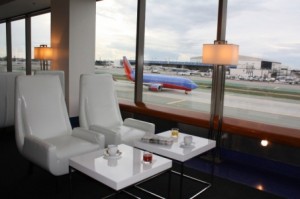 A different perspective at LAX

LAX, which is known for their “close calls” and poor safety record, announced a new warning system aimed at preventing runway accidents.

The $7 million project uses a combination of a runway status light system, radar, and traffic controllers to maintain the safety of all the aircraft and support vehicles.

Lights on the pavement will flash when radar detects a possible conflict between planes or ground vehicles. Once the lights flash, all parties must contact the tower and get clearance before proceeding.

The light system has previously been tested at  the San Diego and Dallas-Fort Worth airports. The system caused the number of close calls to drop from 10 to 3 in similar 2.5 year periods before and after the installation.

Currently the system is installed on one of LAX’s four runways and only 8 of its taxi ways.