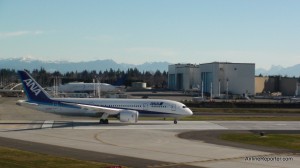 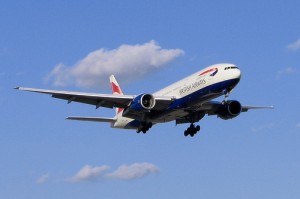 One person fainting on a plane is bad enough, but six? British Airways flight BA184 from Newark to London’s Heathrow airport has six passengers faint during flight. Once the Boeing 777 landed in Heathrow, the plane was boarded by emergency personal in protective gear. All the passengers were treated onboard, no one had to go to the hospital, nothing was found hazardous, and all 216 passengers that were allowed to continue with their travels.Â

Where more and more liveries are going to mostly being white and not being unique, Vietnam Airlines has a gorgeous metallic blue livery.

Boeing 777 loses one engine, luckily it has two!

Yes! Another good story that could have turned much worse. A Boeing 777 lost an engine shortly after take off at Sea-Tac airport in Seattle, WA. Asiana Flight 271 took off heading to South Korea with 179 passengers and 16 crew.

Then, something none of us want to hear and see — a few loud explosions and flames coming out of the left engine. At this time, it is not known what happened, but we will be keeping a close eye on this story.

CLICK HERE to see a video of the safe landing.