NOTE: If you were on the list for 2012, you should have received an email from me with a link to confirm you want to be on the list for 2013. You are not able to add yourself from the link above — yes, I know that is very annoying, but what my host provider is doing to cut down on spam. If you have trouble still, email me: da***@ai*************.com. 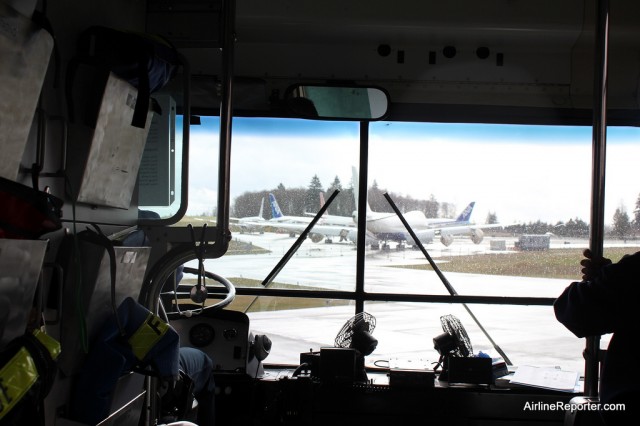 I got to drive around Paine Field an a fire bus. Others went on the factory floor, the Dreamliner Gallery and more. What will #AGF13 hold? I am not sure.

Not sure what Aviation Geek Fest is all about? I can tell you that if you have any remote interest in aviation — you will love it. Check out what went down in previous years:

I plan to speak with some AvGeeks at the DorkFest at LAX this weekend to get ideas, but also feel free to post in the comments on any ideas you might have for #AGF13.  The sky is the limit (literally, because I doubt we could get on Virgin Galactic).

We are looking to hold it before summer in 2013, but other than that, there are no other details — stay tuned.

Not that long ago, we successfully concluded Aviation Geek Fest 2012. One of the participants was Rob Hahn, Team Leader, Customer Advocacy and Social Media with Southwest Airlines.  He recently shared his avgeek experience on the airline’s Nuts About Southwest Blog and I wanted to share — so head on over and check out Rob’s story.

We are already in talks about what #AGF13 will look like, so it should be bigger and better than this year!