When reading the story about the 747-400 Qantas having to make an emergency landing, I couldn’t help but think about the 1988 Best Movie Rain Man.Â

Charlie: Ray, all airlines have crashed at one time or another, that doesn’t mean that they are not safe.
Raymond: QANTAS. QANTAS never crashed.
Charlie: QANTAS?
Raymond: Never crashed.

Charlie: Oh that’s gonna do me a lot of good because QANTAS doesn’t fly to Los Angeles out of Cincinnati, you have to get to Melbourne! Melbourne, Australia in order to get the plane that flies to Los Angeles!Â

Well, upon more research I found this is not quite true. Between 1927 and 1951 Qantas had eight planes crash, with 62 deaths. However, Qantas has never lost a jet plane and has not had a fatal crash since 1951, which seems to be a pretty good record.Â

They did repair a 747 for over $100 million so they could keep the “never lost a jet” status and in February a Quantaslink 717 made an emergency landing causing great damage and may not be repairable.Â

All things being said, even if they “lose” this 717, not having any deaths since 1951 isÂ nothing to be ashamed of.Â

THANKS BEN FOR THE TIP!Â

Getting through airport security can be a real hassle. A lot of people wonder is it really providing true security or is it just a show? For those on the Watch List, it can be even more difficult having to be searched every time they fly. Most people have pointed the finger at the TSA and there have been quite a few news articles showing some of the people on the list who have no place there.

Now the TSA is blaming the airlines for not investing into watching the list and making sure it is accurate. However the government has already stated they plan to take over the system early next year, so what incentive is there in airlines improving their systems and if the Watch List is so important to Homeland Security, should the airlines been in charge to begin with?Â 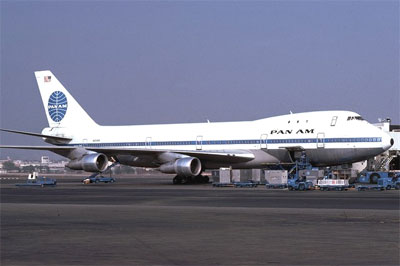 This is hopefully the start of something great. I have always loved following the airline industry and I look forward to reporting on it. There are quite a few other great airline blogs out there, but I felt there is enough room for a blog that can cater not only to the professional, but to a person who has an interest in the industry.

I hope you enjoy this blog!