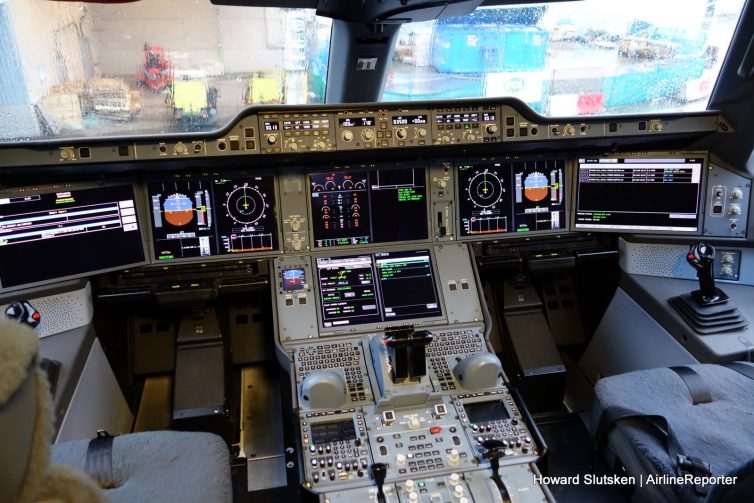 The advanced flight deck of Cathay Pacific’s A350, B-RLI, at the gate at YVR