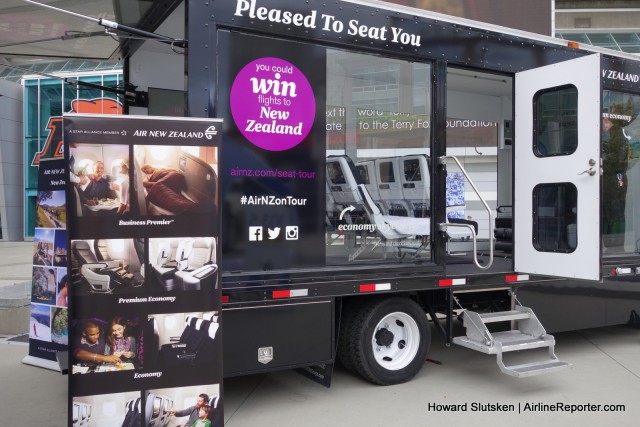 The glass-walled truck will cover 7,000 miles during its tour.