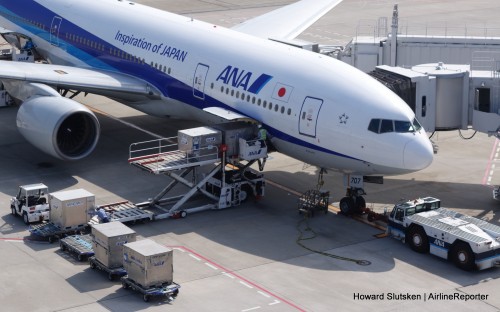 Pods being loaded into an ANA 777-200. Look for the two ground power cables by the nosewheel.