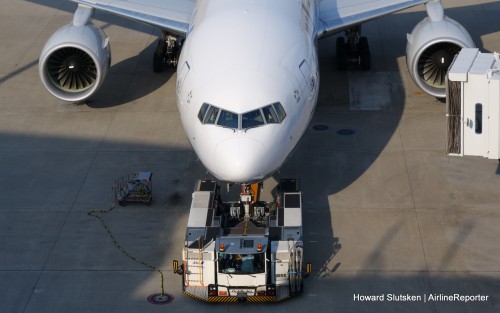 A wheel-lift tug ready to move an empty ANA 777 at Tokyo-Haneda. Look for the “remove before flight” banner and pin on the nosegear.