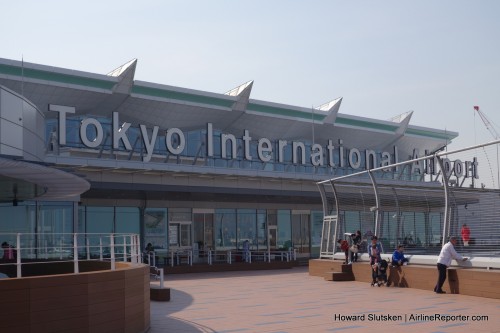 On the observation deck of the International Terminal at HND.