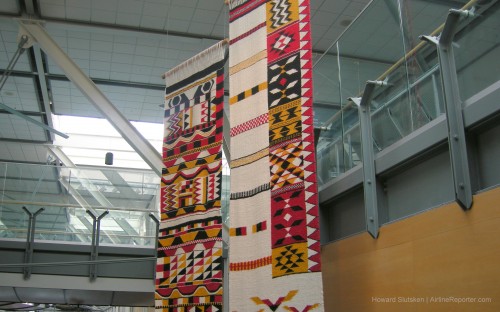 “Out of the Silence” – Musqueam Nation Weavings
Above the Customs Hall, YVR