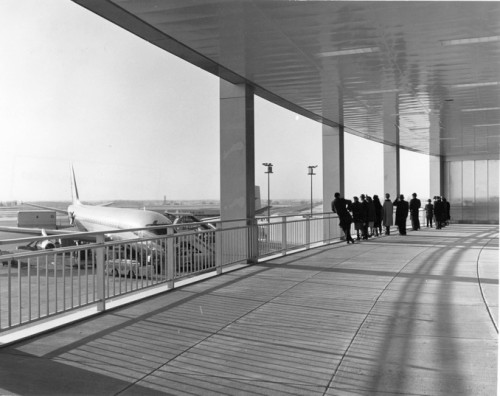 Aeroquay Observation Deck – yes, you could go outside and watch the planes!