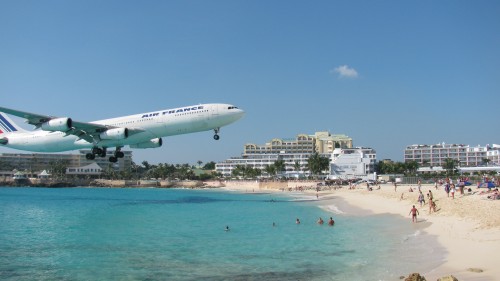 Terry Kraabel took this photo of an Air France jet landing at the Saint Marteen
airport in the Caribbean. This beach is just shy of the airport, making it
appear as though the plane is about to land on it. Kraabel took the photo from
an airport restaurant.